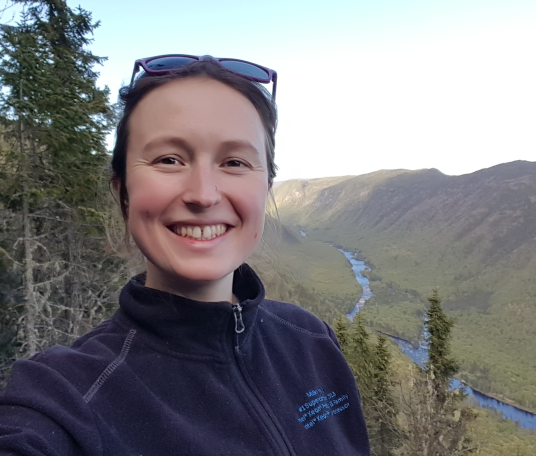 My current project is looking into global modelling and mapping of soil carbon in salt marshes (more information to come).

Forests are major terrestrial ecosystems that provide a multitude of ecosystem functions and services, such as biomass production, nutrient cycling and carbon storage. In this project, I aimed to determine the potential interactive effect between tree diversity and water availability on nutrient cycling in forests. To do so, two common garden sites belonging to the worldwide Tree Diversity Network (TreeDivNet) were studied : ORPHEE in Southwestern France and IDENT in Sault-Ste.-Marie, Ontario, Canada. Both of these experimental sites manipulate tree diversity (species richness and functional diversity), and water resource (irrigation, with additional rain exclusion in Canada). For additional pictures of the field sites, click here.

When looking at belowground nutrient cycling, we found that high water availability increased organic matter breakdown, by extracellular enzymes and protein depolymerization (Maxwell et al. in prep), while it decreased net nutrient mineralization. An effect of mixing tree species was only detected in the mid soil layer, where we observed a higher amount of organic matter and enzyme activities compared to the monocultures (Maxwell et al. 2020). When experimentally investigating nutrient uptake, we observed an asynchrony of uptake during budburst: at this phenological stage, the evergreen species (pine) was able to take up nutrients earlier than the deciduous species (birch), with an advantage and a disadvantage respectively for nitrogen uptake in the mixed plots (Maxwell et al. in prep). Finally, we found that species identity was a stronger driver than species diversity for aboveground nutrient use efficiency (NutUE). Although increasing tree species tended to increase aboveground productivity and litterfall biomass, certain species dominance drove NutUE trends (i.e. birch dominance over pine at IDENT-SSM and pine over birch at ORPHEE, Maxwell et al. under review). 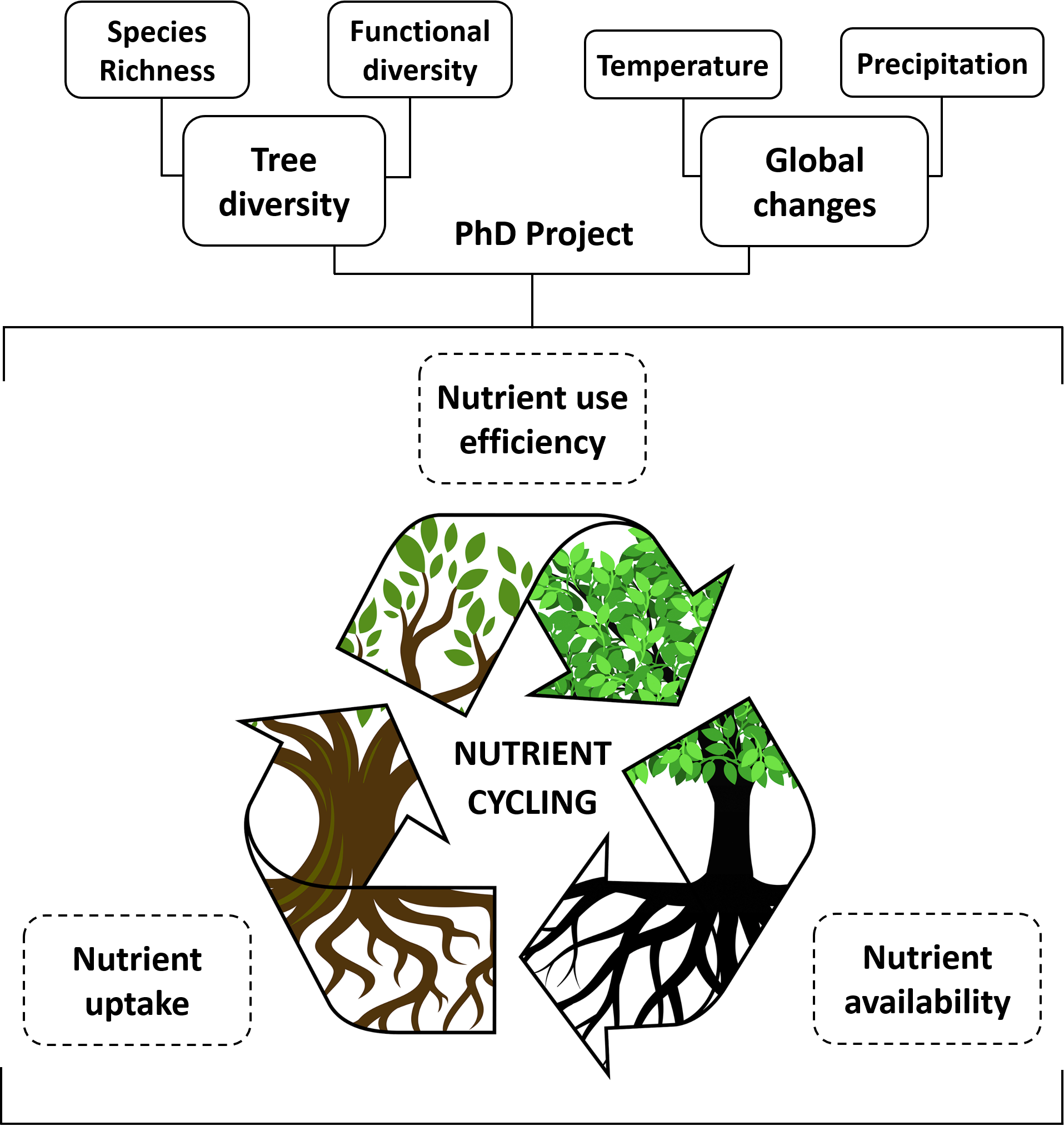 In summary,surface soil biogeochemical processes were driven by water availability, intermediate soil processes by species mixing, and nutrient use efficiency was driven by species identity rather than mixing. In contrast to the pronounced effect of individual factors, we did not observe an interactive effect between them. Based on all of our results, we concluded that each of the factors studied (water availability, tree diversity, and species identity) had an important role in nutrient cycling, even though there were no interactive effects.

For my Master’s thesis, I spent six months with the Terrestrial Ecosystem Research team at the University of Vienna, supervised by Wolfgang Wanek. During this time, I investigated the effect of the global changes on gross organic nitrogen processes. To do so, soil samples were collected from a global change facility in a managed montane grassland in Austria that had been simulating elevated CO2 and temperature for four years, with an additional drought and rewetting treatment. I measured gross protein depolymerization and amino acid utilization rates using a novel high throughoutput isotope pool dilution approach (Noll et al. 2019). I am continuing to collaborated with Prof. Wanek and carried out a two-month stay in the TER lab in January and February 2021, to measure gross organic nitrogen rates in the context of my PhD project, and to finalize the paper from my Master’s thesis.

For my first year Master’s project, we simultaneously quantified the fate of a soil applied 15N solution incorporated into different tree compartments (fine roots, medium roots, xylem, phloem, branches, leaves), extractable soil, and the microbial biomass at several time points before and after budburst in mature oak trees. During this project, I helped with sample preparation (grinding + microcapsule weighing), data analyses, and writing. Before and after budburst, we found that the microbial compartment was the main pool of the recovered 15N, and yet the soil-absorbed 15N still significantly contributed to the new leaf nitrogen pool at budburst. Find out more here.

Summer with the chipmunks

My first taste of research was with the one and only Tali Hammond. With an awesome field team, I spent four months running after chipmunks in the Sierra Mountains, California. We used accelerometers to measure behavorial activity budgets between two co-occuring chipmunk species, the alpine chipmunk (Tamias alpinus) and the lodgepole chipmunk (T. speciosus), and how these budgets relate to biological factors, climate and species co-occurance. We also studied how the flea communities differed between these two species, leading up to a plague epizootic. Check out some cool results here.